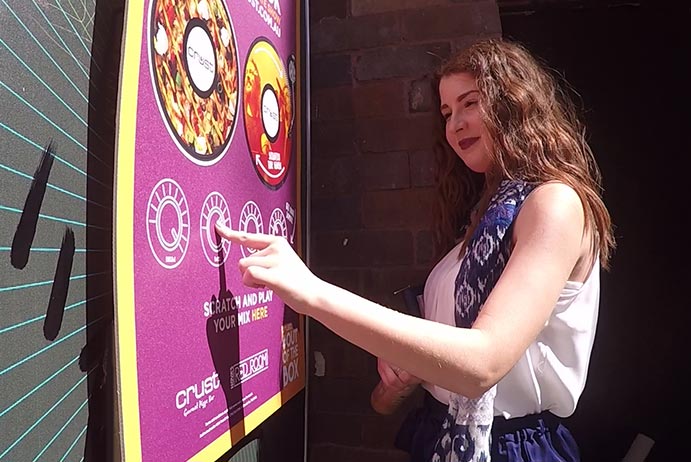 We recently announced an exciting brand collaboration between Crust Pizza and Peking Duk; a dynamic DJ duo, they make music in the same way that Crust makes pizza – out of the box.

We worked with Peking Duk to produce a range of beats that became not only the soundtrack to the hero film we launched the campaign with, but also the beats of a series of interactive posters that encourage users to touch, press, and essentially play the poster, allowing them to create their own track and “mix it up with Peking Duk”.

An Australian first, we’ve posted up 100s of interactive out of home units, encouraging consumers to interact, play and DJ their own beats, mixing it just like Peking Duk. Keep an eye out for them across Australia for your chance to spin the decks like a pro.

And if you’re a fan of Peking Duk, order online at www.crust.com.au before November 13th to win tickets to an invite-only Nova Red Room ARIA edition featuring Peking Duk and powered by Crust, on November 17th in Sydney.